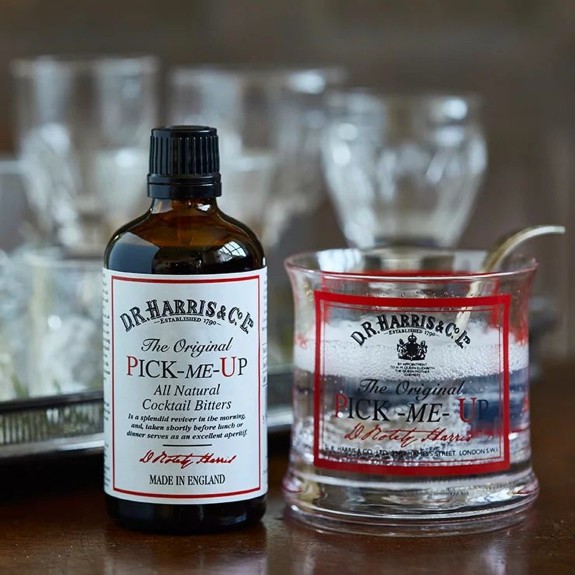 Bob’s Bitters and D.R.Harris are delighted to re-introduce their famous ‘morning reviver,’ The Original Pick-Me-Up, in a reimagined form as a Cocktail Bitters. The previous version of Pick-Me-Up which was served as a hangover cure at 29 St. James’s Street from the 1860s up until the early 2000s was a tonic and as such this bitters follows a very similar formula.

“Interest has remained in the Pick-Me-Up and long-term customers often asked about a possible revival. Having looked at many different alternatives over the years and working closely with our friends at The Beaumont Hotel and Bob Petrie of Bob’s Bitters we are delighted to relaunch the Original Pick-Me-Up as a Cocktail Bitters.” ~ D.R. Harris